The Dark Factor
of Personality

A unified theory of aversive personality

Ethically, morally, and socially questionable behavior is part of everyday life and instances of ruthless, selfish, unscrupulous, or even downright evil behavior can easily be found across history and cultures. Psychologists sometimes use the umbrella term “dark traits” to subsume personality traits that are linked to these classes of behavior — most prominently, Machiavellianism, Narcissism, and Psychopathy. Over the years, more and more allegedly distinct and increasingly narrow aversive traits have been introduced, resulting in a plethora of constructs lacking theoretical integration.

In proposing D — the Dark Factor of Personality — we specify the basic principles underlying all aversive traits and thereby provide a unifying, comprehensive theoretical framework for understanding aversive personality. In analogy to the general (g) factor of intelligence, D represents the one basic general dispositional tendency from which specific aversive traits arise as manifestations. All commonalities between various aversive traits can thus be traced back to D, so that D represents the common core of all these traits.

For example, D may be evident in Narcissism and/or Psychopathy, but also in any other specific traits such as Amorality, Egoism, Greed, Machiavellianism, Psychopathy, Sadism, or Spitefulness, as well as in any combination thereof. Thus, instead of saying that an individual is an amoral, egoistic, narcissistic psychopath who selfishly acts according to her/his own interests and, in doing so, engages in sadistic and spiteful behaviors, one may just say that this individual displays high levels in D. D explains why aversive traits are connected and thereby forms the theoretical basis for the emergence of aversive personality in general. 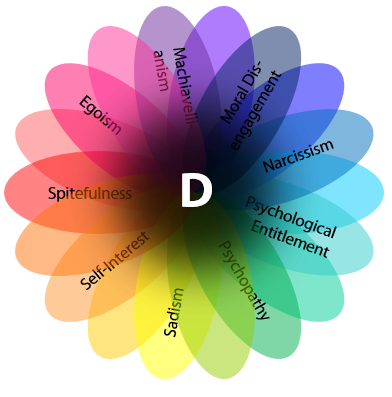 The definition of D

D is defined as:

The general tendency to maximize one's individual utility — disregarding, accepting, or malevolently provoking disutility for others —, accompanied by beliefs that serve as justifications.

Put simply, D describes the tendency to ruthlessly pursue one's own interests, even when this harms others (or even for the sake of harming others), while having beliefs that justify these behaviors.

D is a basic, general dispositional tendency, which means that D is responsible for and can be evident in any specific aversive trait (such as, for example, Psychopathy) and any malevolent behavior (for example, abusing, bullying, cheating, intimidating, insulting, exploiting, harassing, humiliating, hurting, lying, manipulation, molesting, stealing, taunting, threatening, tormenting, torturing, trolling, etc.).

Individuals with high levels in D will generally aim to maximize their individual utility at the expense of the utility of others. Utility is understood in terms of the extent of goal achievement, which includes different (more or less) visible gains such as excitement, joy, money, pleasure, power, status, and psychological need fulfillment in general. Thus, individuals high in D will pursue behaviors that unilaterally benefit themselves at the cost of others and, in the extreme, will even derive immediate utility for themselves (e.g., pleasure) from disutility inflicted on other people (e.g., pain). Individuals high in D will generally not be motivated to promote other’s utility (e.g., helping someone) and will not derive utility from other’s utility (e.g., being happy for someone).

Further, those with high levels in D will hold beliefs that serve to justify their corresponding actions (for example, to maintain a positive self-image despite malevolent behavior). There are a variety of beliefs that may serve as justification, including that high-D individuals consider themselves (or their group) as superior, see others (or other groups) as inferior, endorse ideologies favoring dominance, adopt a cynical world view, consider the world as a competitive jungle, and so on.

In the section below, you can find an annotated list of all published papers on D, briefly summarizing their content and providing links to download a copy.

For very informative summaries about the idea of D take a look at Scientific American and Psychology Today.

Original publication spelling out the theoretical idea and definition of D and demonstrating that (i) many dark traits are (largely) subsumed by D, (ii) D accounts for diverse aversive (behavioral) outcomes, whereas the specific dark traits provide little to no additional explanation of these outcomes (beyond D), (iii) D can be fully represented by subsets of indicators in line with its fluid nature (i.e. D can be measured by any combination of dark trait indicators), and (iv) within models of basic personality structure, D is located across multiple dimensions (especially Honesty-Humility, Agreeableness, and Conscientiousness).

Hilbig, B. E., Moshagen, M., Thielmann, I., & Zettler, I. (in press). Making rights from wrongs: The crucial role of beliefs and justifications for the expression of aversive personality. Journal of Experimental Psychology: General. (download copy (PDF))

Theoretically specifies and empirically tests the role of beliefs and justifications as per the definition of D, showing (i) that D involves higher subjective justifiability of those aversive behaviors that individuals high in D are more likely to engage in, (ii) that D uniquely relates to diverse descriptive and injunctive beliefs – related to distrust (e.g. cynicism), hierarchy (e.g. authoritarianism), and relativism (e.g. normlessness) – that serve to justify aversive behavior, and (iii) a theoretically derived pattern of moderations and mediations supporting the view that D accounts for aversive behavior because it fosters subjective justifiability thereof – at least in part due to certain beliefs and the justifications they afford.

Based on rational item selection techniques and data from seven large and highly heterogeneous samples (total N > 165,000), item sets (comprising 70, 35, and 16 items, respectively) suited for an economic and psychometrically superior direct assessment of D are identified. For more on measuring D and all item translations, see Measuring D below.

Further investigates the internal structure of the D70 item set to measure D based on three large and heterogeneous samples. Shows that a bifactor structure modeling D along with five specific factors — or themes — labeled Callousness, Deceitfulness, Narcissistic Entitlement, Sadism, and Vindictiveness, yields a superior measurement model for D. For more on measuring D and all item translations, see Measuring D below.

Investigates the structure of the D Factor of Personality across age and gender using Local Structural Equation Modeling. Shows that the structure of D is highly stable across both age and gender, thereby supporting the conceptualization of the D factor. Further, men exhibited higher levels on D than females, and the level on D decreases as age increases.

Specifies the theoretical and conceptual differences between the common core of dark traits, the D factor, and HEXACO Honesty-Humility. Demonstrates across four studies and several criteria (pretentiousness, distrust-related beliefs, and empathy) that D and low Honesty-Humility are best understood as functionally different and nomologically distinct constructs.

Tests and rejects the notion that the common core of dark traits, the D factor, is essentially equivalent to the low pole of (Big Five) Agreeableness. Shows that D and Agreeableness are functionally distinct, that is, account for different variance components in theoretically relevant criteria, especially dishonest behavior, justifying beliefs, and (lack of) empathy and guilt.

Note also a recent comment on this paper:
Vize, C. E., & Lynam, D. R. (2021). On the importance of the assessment and conceptualization of Agreeableness: A commentary on ‘‘Agreeableness and the common core of dark traits are functionally different constructs”. Journal of Research in Personality, 90, 104059. (doi)

Demonstrates the conceptual and empirical overlap between D and socially aversive tendencies as studied in abnormal psychology: narcissistic, antisocial, paranoid and borderline psychopathology. Shows that – despite the limited theoretical and operational correspondence between specific dark traits and instances of psychopathology – D is well suited as a common cause explanation and outpredicts not only the full range of basic personality dimensions (including those most strongly related to D: Honesty-Humility, Agreeableness, and Conscientiousness) in accounting for aversive psychopathology, but actually the same instances of psychopathology themselves.

What is your score on D?

If you would like to know your level in D, you can take a questionnaire online at qst.darkfactor.org.

D explicitly represents a fluid construct and will thus be reflected in all indicators used to assess dark traits. Nonetheless, the operational definition of D obviously depends on the specific indicators included. For example, if using an inventory designed to assess Narcissism, the resulting scores will of course primarily reflect Narcissism and only secondarily reflect D. A particular operationalization of D will thus be flavored depending on the dark trait measures included, so that (slight) shifts in meaning are to be expected when different sets of dark traits are investigated. Thus, although the indicators of any particular dark trait will — to a certain extent — also reflect D, measuring D itself requires the inclusion of a sufficiently large number of indicators in order to capture the full theoretical breadth that D represents.

Based on rational item selection techniques, we have identified sets of items that allow for a psychometrically sound, reliable, valid, and concise assessment of D. These sets come in different lengths, comprising 70, 35, or 16 items respectively (thus referred to as D70, D35, and D16). Details on item selection, psychometric properties, and validation results can be found in

Moreover, a growing number of translations of these item sets are available (Arabic, Chinese (Simplified / Traditional), Danish, Dutch, English, Estonian, Finnish, French, German, Greek, Hindi (Devanagari script / Latin script), Icelandic, Italian, Norwegian (Bokmål), Persian (Farsi), Polish, Portuguese (European / Brazilian), Romanian, Russian, Serbian, Spanish (Castilian), Swedish, and Vietnamese), all of which were translated by native speakers with expertise in psychology, independently backtranslated by native speakers, and checked for inconsistencies by us. If you are considering adapting the items to any other language, please contact us.

By filling out the form below you can obtain a copy of the final items sets in all currently available versions (16, 35, and 70 items) and languages. Once you have clicked the 'download'-button you will receive an email to the address you entered containing a download link.

D in the Media

A selection of reports about D in the international media

A selection of interviews on D

The Authors behind D 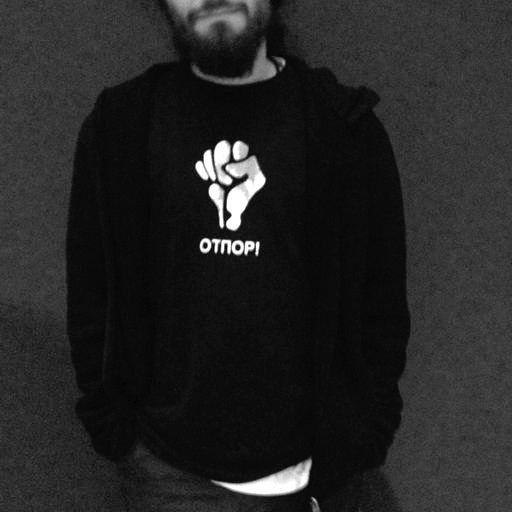 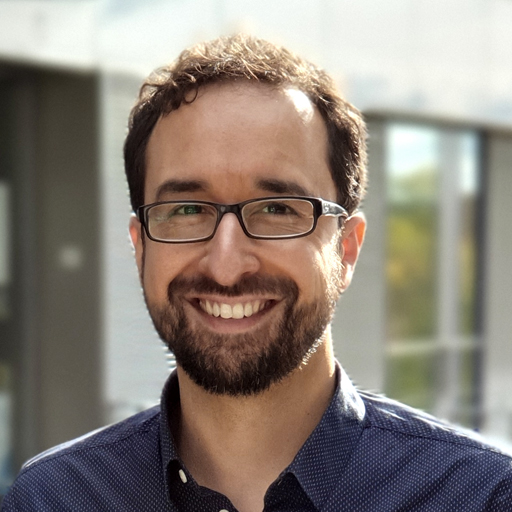 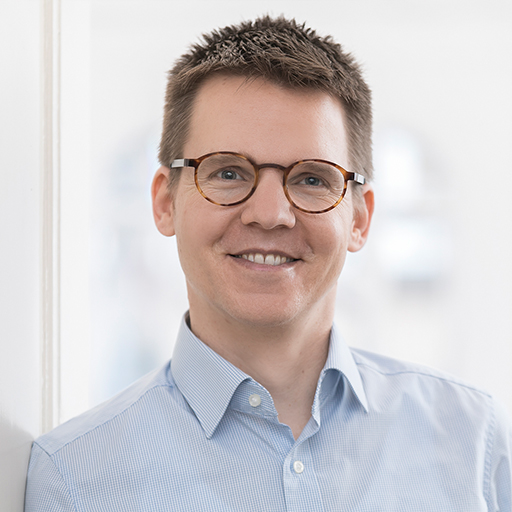